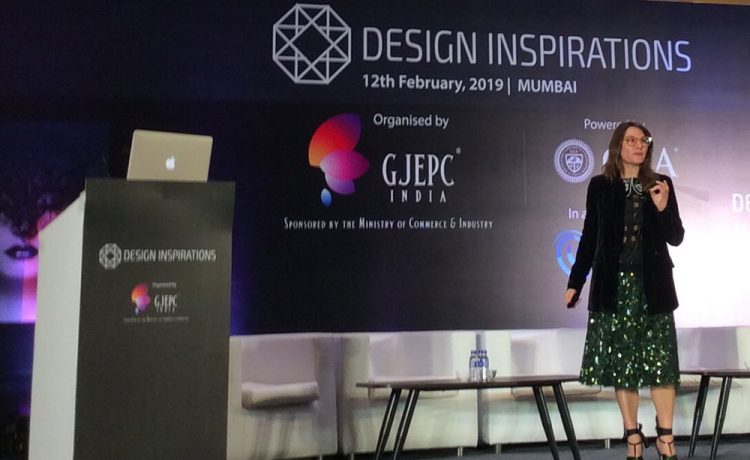 Addressing the gathering, Chairman of the GJEPC Mr Pramod Kumar Agrawal said that the Indian gem and jewellery industry has come a long way. “India is the largest manufacturer of cut and polished diamonds, the sixth largest producer of jewellery and an important centre for sourcing a variety of coloured gemstones,” he elaborated.

Mr. Agrawal said that while every part of the country had a rich heritage of jewellery production with skills being passed from generation to generation, the world marketplace had changed significantly and hence it was essential for the industry to prepare itself  for the new era if the country is to progress further and consolidate its  position in the international  jewellery market.  It is essential, he said, for designers and manufacturers of jewellery to get a firm grasp of design and technology to be able to cater to the consumer of tomorrow.

Mr. Agrawal outlined a number of initiatives being undertaken by the GJEPC, with the support of the Government, to provide the necessary facilities to spur the growth and development of the industry, particularly for the MSME sector. These included setting up a network of  Common Facility Centres (CFCs) in small  towns where manufacturers could avail of advanced machinery and other facilities on a shared basis; the setting of Jewellery Parks – the first of which is slated to come in Mumbai – which would provide modern  infrastructure and facilities under one roof and where numerous manufacturers could operate from, taking their work to the next level.  He also spoke of the Council’s plan for cluster mapping to understand where the infrastructure and facilities are required to be strengthened. This would bring in entire sections and types of jewellery to the forefront,  which have till now not been introduced to the world market, he noted.

International trend forecaster Ms Paola De Luca, head of The Futurist Ltd, who has been the main speaker at the Design Inspiration series over the years, spoke about the importance of understanding the historical context and analysing the present in order to forecast and cater to the future. “The future starts now,” stated Paola emphatically. Towards this, the GJEPC  has commissioned a new trend book she has produced, dubbed “Aatman: Inspirations 2020”, slated to be launched tomorrow, at The Artisan Awards ceremony — “To prepare for tomorrow today,”  Paola re-iterated.

She noted that there is a trend to reposition the concept of luxury and jewellery; and felt that India is uniquely positioned to be able to contribute to this. India has had great influence on luxury jewellery historically as evidenced from the creations of Cartier, Van Cleep&Arpels and Harry Winston, Paola noted.

Tom Moses, Vice President of the GIA spoke briefly about how the research that his organisation was conducting and all the work it was doing was to ensure the intrinsic beauty of jewellery and the  enhance the story-telling around it.

By breaking down how each brand has chosen to construct itself – from identity, through product creation,   to marketing and promotion, Richa provided a fascinating insight into the different routes taken – and therefore available, to  those designers, companies and  entrepreneurs seriously desirous of differentiating themselves and building a successful brand.

Leading jewellery designer HarshadAjoomal, owner  of the eponymous brand of jewellery,  and fashion stylist and Vogue Fashion Editor Priyanka Kapadia    discussed wide-ranging aspects of style, fashion and jewellery design. Harshad, with his vast experience and innovative approach to jewellery design,  proved to be the perfect quizzer; Priyanka’s own experience as a fashion editor and stylist for the rich and famous, threw up a number of pithy insights. She emphasised the need for jewellery designers  to keep track of international fashion trends so as to be relevant to the consumer; and to be continuously flexible to achieve the best results.

Award winning designer and successful entrepreneur Pallavi Foley took the audience on a journey exploring the inspiration and thought behind three of her collections: Wear Your Prayer; Flame of the Forest; and Indian Street.  Her talk, interspersed with audio visual support – including some videos — was a fascinating portrayal of talent. What is striking about Pallavi is that her thinking is as sure and strong as the lines of her designs. She particularly emphasised the need for research and a thorough knowledge of the subject of the design.

Tanishq designer Abhishek Rastogi  in his presentation titled “Alchemy”,  spoke about the magic moment, when it all comes together for a jewellery piece. He  stressed that   technology could add a lot to the efforts of  a good designer. He gave several examples of how a particular problem and been solved by working on the technology front.  He advised designers “to get their hands dirty” by working hands-on on a piece, and exhorted that they ask the heads of their companies to set up work benches for them.

The first half of the  day concluded with a panel discussion. Extremely successful first generation jewellery entrepreneur Colin Shah of Kama Schachter, who is also the Vice Chairman of GJEPC  was  the hotseat as moderator. His vast experience and visionary thinking helped draw out various  important aspects from the panellists.

Shah  was joined on the panel by jewellery designer Priti Bhatia; Pallavi Foley; Nirupa Bhatt, Managing Director of GIA, India & the Middle East and President of the Women’s Jewelry Association, India; Ankit Mehta of H. Dipak, and the founder of several other enterprises including the 3-D design company Imaginarium; Yash Agarwal of BirdhichandGhansyamdas; and Abhishek Rastogi.

Agarwal who described his jewellery as “translating traditional designs into today’s pieces”, said that risk taking was inherent in trying to innovate and all those wishing to be successful must be prepared for it.

Mehta pointed out that he was neither a designer, nor in the strict sense, a manufacturer of jeweller. He described himself as a manager of a platform, and stressed that the industry needed “good platform managers”  to bolster both design and manufacturing. He emphasised  the important of having  sound processes in place, so that the jewellery which was produced satisfied  all the three important requirements: desirability, feasibility and viability.

Bhatt, whose organisation WJA India had only yesterday launched a coffee table book featuring 15 leading designers of the country, said that first and foremost it was important for every designer to define her/or himself, to understand what their strengths were and what they would be best be able to excel in. She also emphasised the need to create relationships and work together in a collaborative manner so that the best results were obtained.

Foley spoke about the freedom to explore, letting the imagination soar beyond all boundaries, as the critical factor for originality. But, she stressed, it was very important and critical to be aware of all things around you. She said that it was not merely enough to look at a motif as a design element but to understand its essence.

Bhatia also highlighted the collaborative aspect of design and producing jewellery. She said that by treating her employees as colleagues and equals, she had been able to unleash greater productivity, and greater product eexcellence. 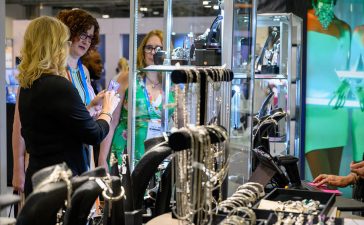 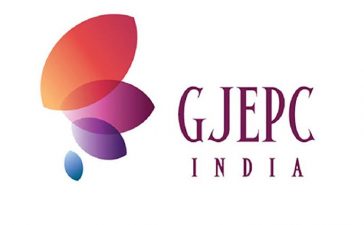 AGD Diamonds Unearths 66.95ct Rough Diamond at Its Grib Mine